Building on the success of using the Pectel SQ6M12 to run the new BMW V10, our distributor, KMS Racing Engines is now also supplying the new BMW S65 V8 with a Pectel SQ6M ECU.

The S65 is the engine used in the new BMW M3, a naturally-aspirated DOHC 32-valve unit. Derived from the BMW S85 V10 engine used in the M5 and M6, the S65 shares the same basic architecture and aluminium construction. The S65 shares the same 92 mm bore and 75.2 mm stroke cylinder dimensions with the S85 V10, along with the quad VANOS variable timing system, which provides continuous adjustability of all four cams. However, the V8 does differ in a number of crucial aspects from its V10 parent. The VANOS system is operated from engine oil-pressure, negating the need for a separate high-pressure hydraulic system as fitted to the S85. A conventional wet-sump lubrication system with two oil pumps replaces the three-pump dry sump system used on the V10, further decreasing weight. The alternator disconnects from the engine during acceleration to maximise power, only charging the battery during braking whenever possible, in a system BMW calls Brake Energy Regeneration. Other notable features of the engine include lightweight iron-coated aluminium pistons, steel-magnesium connecting rods, forged steel crankshaft and eight throttle butterflies. The resulting engine weighs 202 kg (445 lb): 15 kg (33 lb) lighter than the straight-6 engine it replaces, while also being shorter. 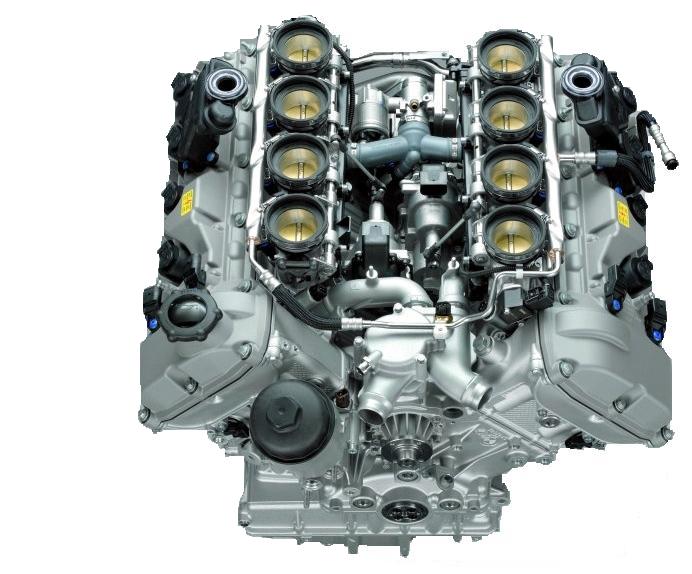